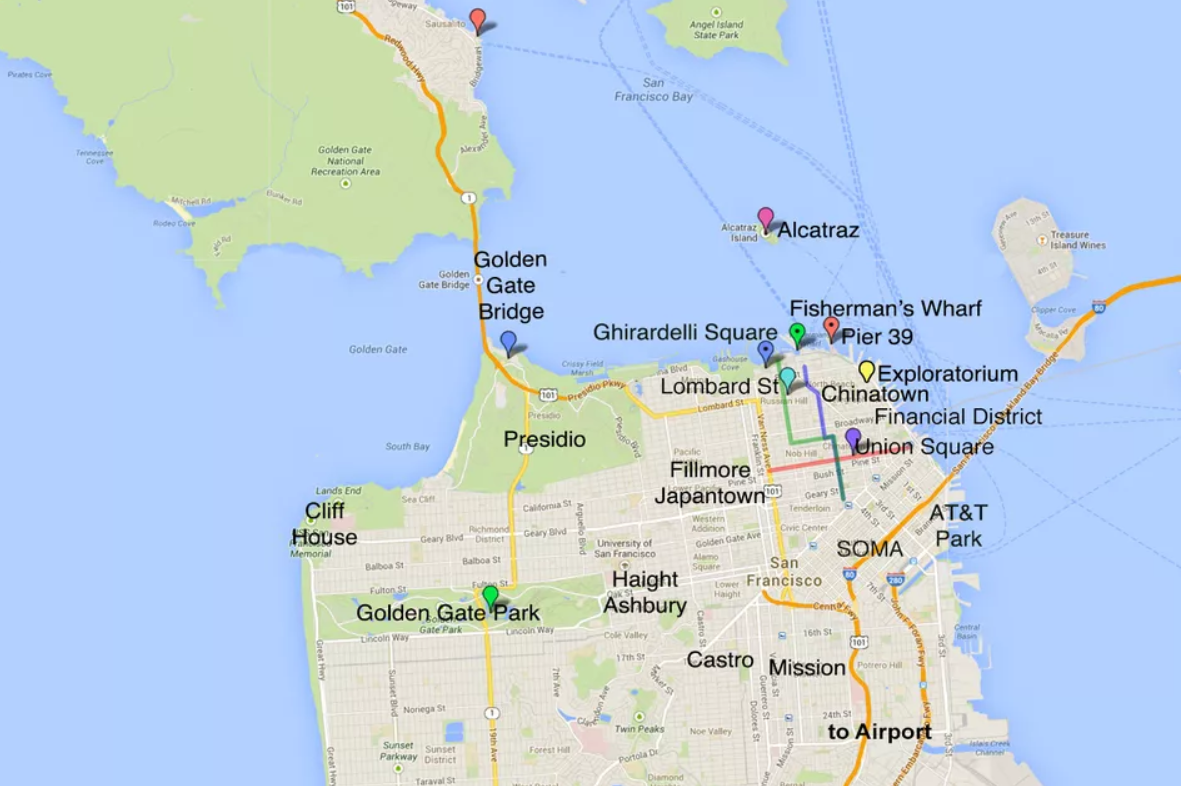 This map is designed to help you get oriented to San Francisco. To give a sense of scale, it’s about 7 miles from the Cliff House to the Third and Townsend near the baseball park.

It’s also worth noticing that the airport isn’t on the map. It’s actually about 15 miles south of town, which is a 30-minute drive during busy traffic hours.

The vast majority of San Francisco visitors never get out of a small part of the city, staying in an area that’s about one-tenth of San Francisco’s total size. Those areas include: